If you remember that I once said, Er-Mao always turns his head away every time he sees the lens. He is a cat who is not in love with the camera. Therefore, it is rare to take these two photos.

Look at his gentle eyes, in fact, Er-Mao is usually like this, always affectionate. How can you not love him? 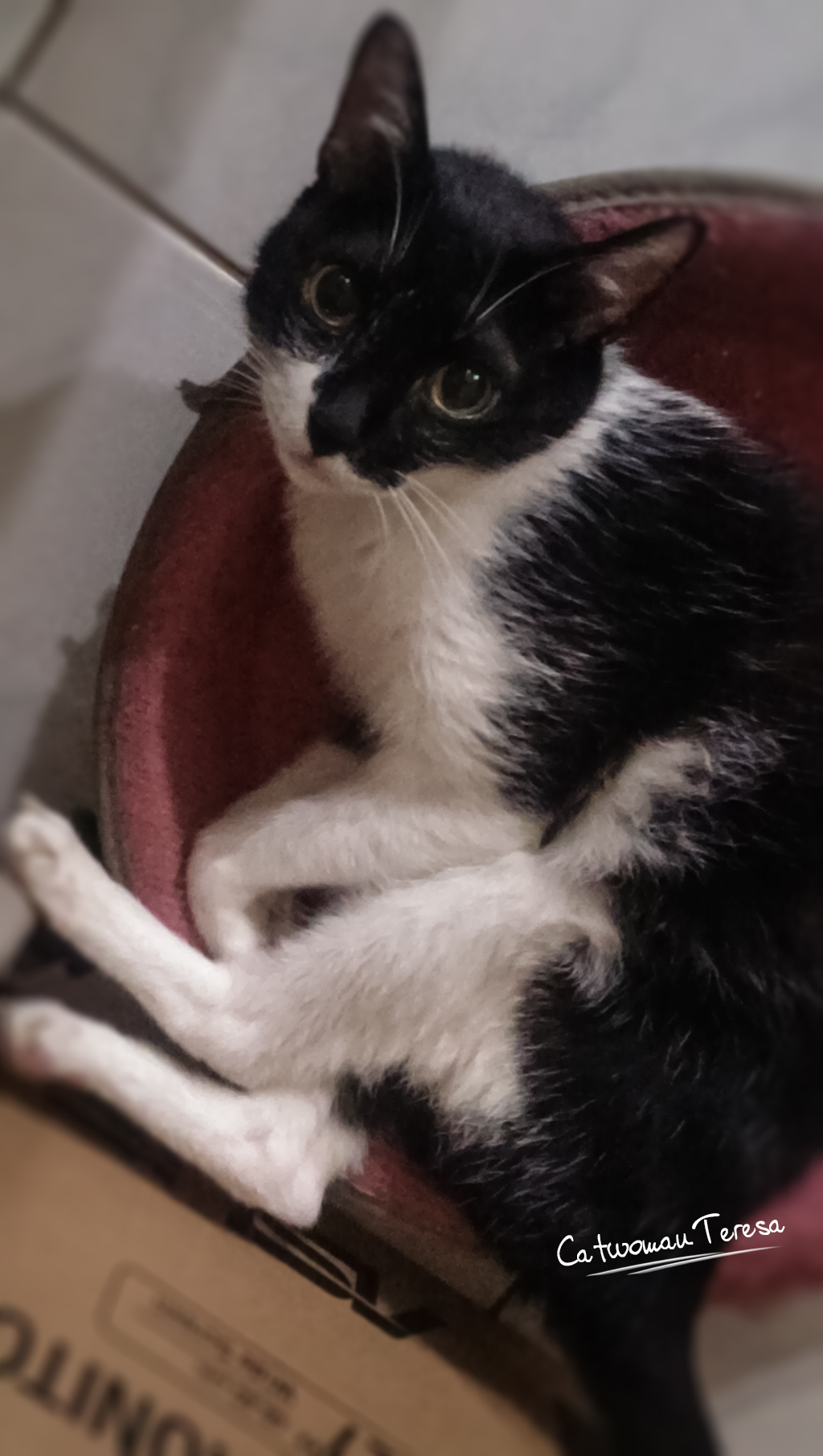 Recently, Er-Mao begins to take a new interest in his old scratch basin, a cat-shaped scratch basin that allows the cat to scratch with its claws, or can also be used as a sleeping nest. And even better, it is very durable.

When I first bought it, Er-Mao liked to sleep as a nest. And occasionally, scratch it as an obligation like the emperor treats his concubine.

Except for our bed, Er-Mao never has any loyalty to where he sleeps, so it isn’t long before the basin fell out of favor.

My husband likes to be neat and clean. When he sees that Er-Mao is not going to use this scratch basin, he put it in the corner whit full of various toys of Er-Mao on it. After a long time, it was my turn that I can’t stand it. I think that if the basin is full of all kinds of stuff, of course Er-Mao won’t be able to use it again.

So I take out the cat-shaped basin and put it on the floor of the living room. Er-Mao seems to be particularly relaxed on the scratch basin that you can see the unreserved strange postures in which he lies.

So, we have more entertainment every day, that is, to enjoy Er-Mao’s yoga performance. If you want to learn yoga, do you want to worship Ermao as a teacher? I am a computer animator and an artist. I write about food, travel, beauty, and experiences in my life.

I am also a Steemit blogger. If you’d like to reach me on Steemit, My Steemit ID is @catwomanteresa